The Rat Pack Is Back 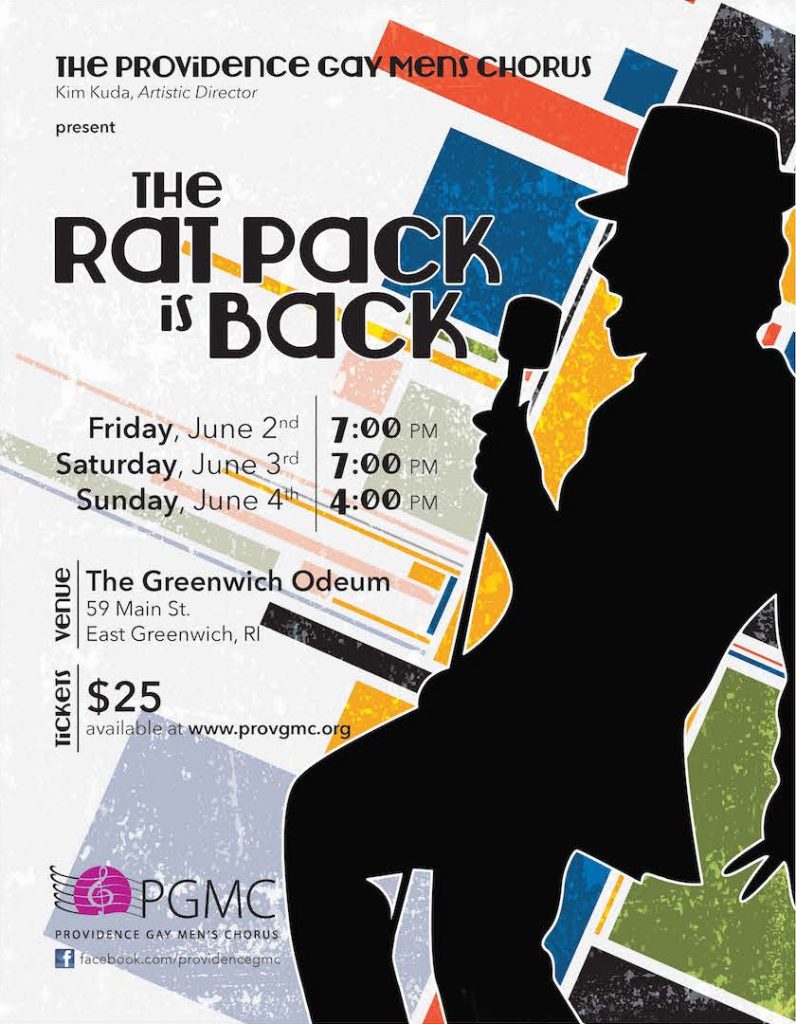 They were three of the coolest cats of all time: Frank Sinatra, Sammy Davis, Jr., Dean Martin; better known as The Rat Pack. They ruled Las Vegas and Hollywood during the 1950’s–1960’s. The Providence Gay Men’s Chorus presents our spring concert series, “The Rat Pack is Back!” on June 2–4, 2017, at the historic Greenwich Odeum Theatre in East Greenwich, RI. Join us in our tribute to their achievements as a group and as individual monster entertainers. Take a stroll down memory lane as we sing the songs that created the original Rat Pack: Fugue for Tinhorns, The Girl from Ipanema, Gonna Build a Mountain, The Lady is a Tramp, Mambo Italiano, and Three Coins in the Fountain. Nothing but class and cool… with the occasional poke at each other!