The Rhode Island Gay Men’s Chorus (RIGMC) is a gathering of individuals who, united through diversity, fellowship and song, strive to make a difference in the lives of our singers and our audience.

We seek to build a world where musical beauty, creativity, and expression are experienced, valued, and nurtured.

We are dedicated to excellence, respect, integrity, and enrichment:

In 1995, an advertisement was placed in a local LGBTQ magazine, looking for gay men who loved to sing choral music. Twelve men gathered together at that first meeting and the Providence Gay Men’s Chorus was born!

Over the years, we have rehearsed in various locations and performed in many different venues. We have been welcomed, encouraged and supported by groups and organizations of all kinds. We have broadened our outreach, extended our repertoire, expanded our audiences, and strengthened our ties to the entire state of Rhode Island. We knew it was time for a change. In 2020, to pay homage to our growth and to proudly show that we represent our entire state, we made the big decision to change our name to Rhode Island Gay Men’s Chorus.

Our journey has not always been an easy one. Public understanding has greatly evolved since 1995, and the acceptance of gay rights and of alternative lifestyles has certainly made significant strides. But there is still much to do in the fight for LGBTQ equality. This is why we sing!

Kim Kuda joined the RIGMC in 2008 as the Accompanist, became the Assistant Director in 2011, and this marks her eleventh year as the Artistic Director. 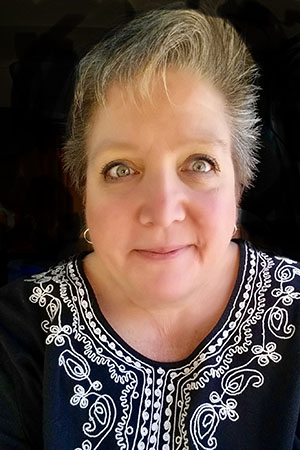 Fueled by her passion for choral music creation, a particularly rewarding part of Kim’s work is her composition and arrangement of many of the pieces the RIGMC performs each season. In recent years, the chorus has premiered several of her compositions: Soft Little Sprinkles, our unofficial “theme song” Out on the Bay, Imagine and Believe, a piece Kim wrote in response to the 2016 Orlando Pulse Nightclub shooting and which has been reworked to include the 2022 Club Q nightclub shooting in Colorado, More Alike than It May Seem, A Little More which was written in honor of Friends Way, and a new holiday tune inspired by a comment overheard from an audience member, It Isn’t Christmas Until the Gay Men Sing. Kim’s music tends to speak to the notion that we all bring something different to the table, and as different as we are, we are all the same. It goes without saying that this theme is the perfect parallel to the overall mission of the RIGMC.

Kim has played the piano professionally since 1975 and holds a Bachelor of Arts degree with emphasis in Music Theory and Composition from Rhode Island College; prior to that, she studied Communications and Theatre at Miami University of Ohio. With an impressive résumé that includes musical direction, stage management, musical composition and arrangement, and various leadership roles in musical and theatrical projects, both secular and sacred, Kim has made music all over New England and the Midwest. She is proud to be the Director of Music at Hope Congregational Church in East Providence and in her non-musical life, Kim is the Assistant to the Associate Executive Director of Meetings and Professional Programs at the American Mathematical Society.

Music expresses that which cannot be said and on which it is impossible to be silent. – Victor Hugo

Joel McCoy received his Bachelor of Arts in Music History and Literature from Rhode Island College. In addition to playing piano as a soloist and accompanist, his experience also includes orchestral brass music and singing tenor primarily as an early music choral member and soloist. He has performed in the Boston Early Music Festival, the Society for Historically Informed Performance, and the FirstWorks Festival, a program that focuses on world and local premieres of cross-genre works. Joel was also a studio teacher at the Wheeler School in Providence and the Gordon School in East Providence for several years. Most recently, he was accompanist and visiting artist for the Jacqueline Walsh School for the Arts in Pawtucket. He currently runs his own private music studio and is a tenor soloist with S. John the Evangelist Church in Newport and the Choir School of Newport County.